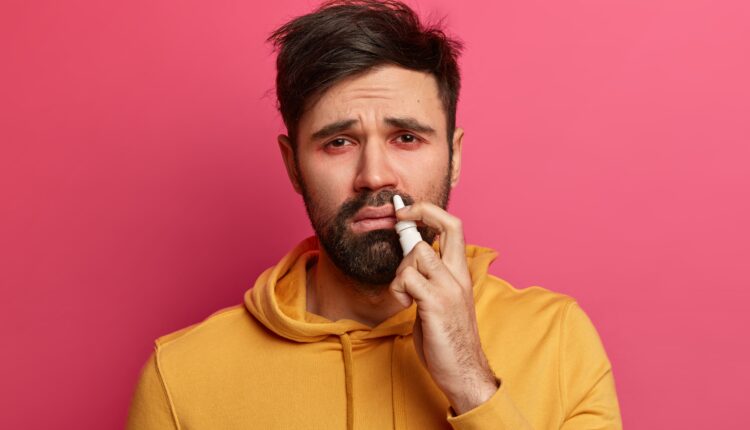 How To Reduce Nose Block Naturally

If you want to reduce nose block quickly, you need to figure out what is causing it. This will assist you in deciding which remedy is best for you. A nose block is usually caused by a cold, flu, or sinus infection. If any of these things cause a nose block, it is more likely to improve in a week.

But nose blocks can sometimes last longer than a week. Here are several other causes why:

How to reduce nose blockage at home?

People often use home remedies instead of medicines to eliminate the feeling of a blocked nose because they have fewer side effects and cost less. With these home remedies, the main way to feel better is to lessen the severity or length of the cause or symptoms.

Have a hot shower

When you take a hot shower, the steam gets thinner out of the mucus in your nose, which makes it less painful. Even though it only works for a short time, it opens the nose, making breathing easier. You can also inhale steam from heated air in a sink instead of taking a hot shower. Just turn on the hot water and place a towel over your head while leaning it over the sink. Take deep breaths, but be careful, or your face could get burned.

Rinse the sinuses with a saline solution in a neti pot.

When we have a nose block, the first thing we do to get rid of the congestion is to blow our nose. But a better way is to rinse the nose with a neti pot and high salinity solution. Ayurveda says this washes away any extra mucus or allergens in the sinuses to clear the nose.

Warm compresses help clear a nose block by making the nasal passages wider. Warm compresses can be made by soaking a towel in warm water and squeezing it. Putting it on your nose and forehead can help ease the pain and reduce the swelling.

When an allergic reaction causes a nose block, an antihistamine can help. Antihistamines make the nasal passages less swollen and help clear a nose block. These medicines can sometimes be bad for your health. It is best to talk with a doctor before taking the medicines.

There are two ways to reduce a nose block: pills or nasal sprays. Some common nasal sprays that help clear nose blocks include oxymetazoline and phenylephrine. Some prevalent pills are pseudoephedrine. Like a faster heartbeat, a headache, and a dry mouth.

Nasal sprays keep the nostrils moist and can help relieve irritation. You can buy many nasal sprays without a prescription on the market. But talk to your doctor before you use decongestants in nasal sprays. The reason is that using decongestants too much can make nose blocks worse. The nasal sprays boost moisture by making the blood vessels less swollen and by draining the nose of fluids.

When your nose is stuffy, keep getting enough water. You can drink anything that makes you feel better when you are sick. This simple treatment helps thin out the mucus in your nose. This eventually lowers the sinuses’ pressure, making them less painful and irritated. If you don’t want to drink water, try a cup of hot herbal tea with a tablespoon of honey.

When you breathe in dry air, it can dry out your nasal passages and make the swelling and irritation worse. So, breathing in moist air calms the irritated tissues and distended blood vessels in the nose and sinuses. A humidifier can be kept at home by people who live in dry places. This machine makes the mucus thinner and helps clear the sinuses. At some point, you can breathe normally again.

Vitamin C can help a person’s immune system. In some research, people who took vitamin C while they had a cold got better faster. But the vitamin doesn’t treat the congestion in a direct way. So, taking a little Vitamin C can boost your immune system and help you reduce a nose block faster.

Do not blow your nose.

When you have a nose block, it makes sense to blow it a lot. This is not a good idea because it puts more pressure on the nasal cavities and pushes mucus from the nose into the sinuses. Don’t blow your nose; instead, use a tissue to stop it from running.

How to find Healthy and Easy-To-Cook Blue Zone Breakfast Meals?